With all the death and destruction and the fears of migrating radiation due to the earthquake, tsunami and aftershocks in Japan, my heart and prayers goes out to the Japanese people. They seem to have a terrifically strong resolve. I saw ABC Nightly News’ Diane Sawyer questioning people in extremely long lines for water and other essentials, quietly and patiently waiting their turn.

Is it a surprise that there has been no looting! Being human, we probably may hear about some negative behavior as the days progress along with the bad conditions. But for now, it is good to take notice of  how the Japanese people most affected, are handling the consequences of the horrific natural disasters. And talking about those most affected! What about the workers (and their family members) working an uphill battle to keep the nuclear plants from having a meltdown! Really, going inside and being exposed to all that radiation even with the protective gear!

I am guessing like me, you are positively overwhelmed when you hear of the miraculous coming out of horrendous events. Thus, I leave you with the photo of a baby who survived being buried under rubble and mud for about 3 days after being swept away out of her parent’s arms. Praise the Lord! She is fine and now back with her very thankful parents. Read more here.

This is very good. The former Secretary of State, Condoleezza Rice sets Katie Couric straight on Iraq. Dr. Rice does  it in a  respectful and professional manner. There is no trading of insulting barbs, no condescending ridicule. Dr. Rice responds to Ms. Couric with just the facts, which includes specifics that were not a part of most of the national news reports. If you feel there was no reason for aggression with Iraq, please watch and listen to Dr. Rice. 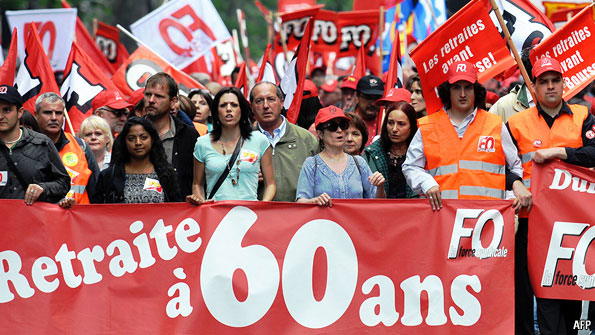 The French are so angry about the new Pension Reform bill. It adds on just 2 more years of working for a living. The French citizens believe that they have a right to retire at age 60 and are taking to the streets and striking to keep from having to work to age 62. I guess they must feel that it is not their problem that retirements at age 60 cannot be sustained in their faltering economy…but it is! Read more here.