I admit I use to have what you could say was a tolerance or a consideration for socialism. I considered communism, only because of the way it was presented and taught in a few of my college courses back in the early 70s. But that consideration was very brief. I was never into fascism at all.  I was into government controlling things.

When the late and former President Ronald Reagan talked about government being the problem and getting government off the backs of people, I actually thought we did not need someone like him. Today, I am a capitalist baby and understand and agree with what Ronald Reagan said about government. I do not agree with the Obama administration moving this country further down the socialist road. The capitalist system is the best for individual achievement.

I am not a libertarian as is Judge Andrew Napolitano, but do like him and agree with many of his views. Click on the picture of the Judge below and get a very quick video lesson on the market systems differences. 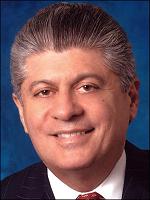